LONG BRANCH - Visitors to Seven Presidents Oceanfront Park may notice that a historical plaque has been placed at the beach entrance to Kiernan Beach at the park's north end. 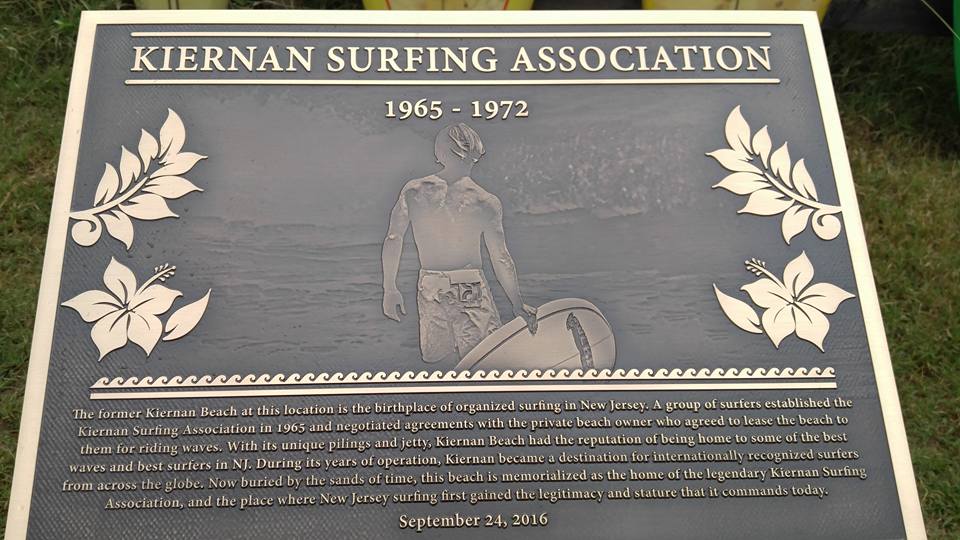 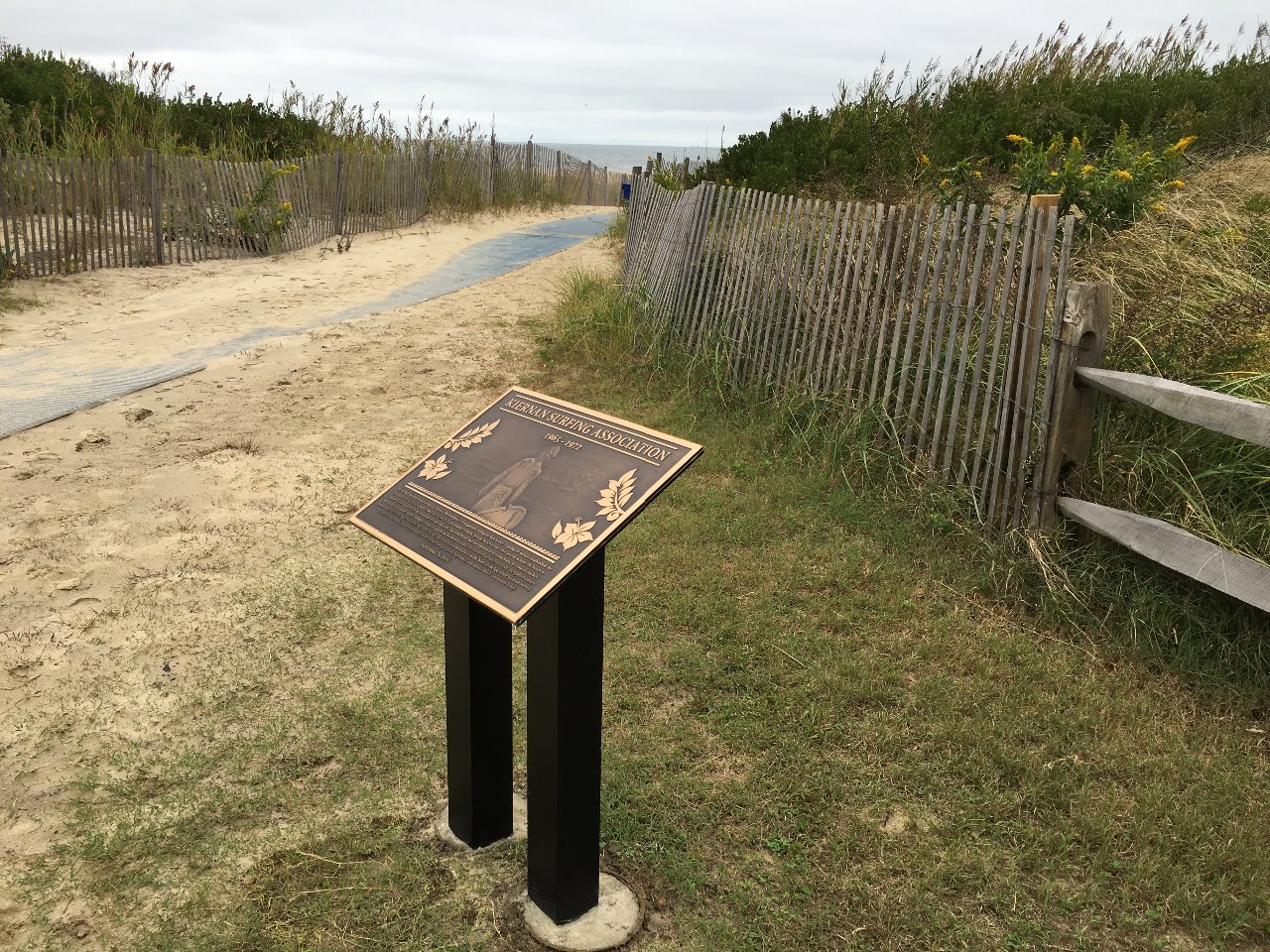 It marks the birthplace of organized surfing in the state, and commemorates the Kiernan Surfing Association for the achievement 50 years ago.

The group of the surfers that would form the association worked out an agreement in 1966 with the beach's owner, the late George Savoth, to lease the beach for the purpose of riding waves.

At the time surfing was not permitted on many private beach clubs at the Jersey Shore because the sport was considered too dangerous.

Keirnan Beach was strewn with pilings but was known to produce one of the largest and longest riding waves in the area, said city Councilman John Pallone. The association provided insurance and their own guards. 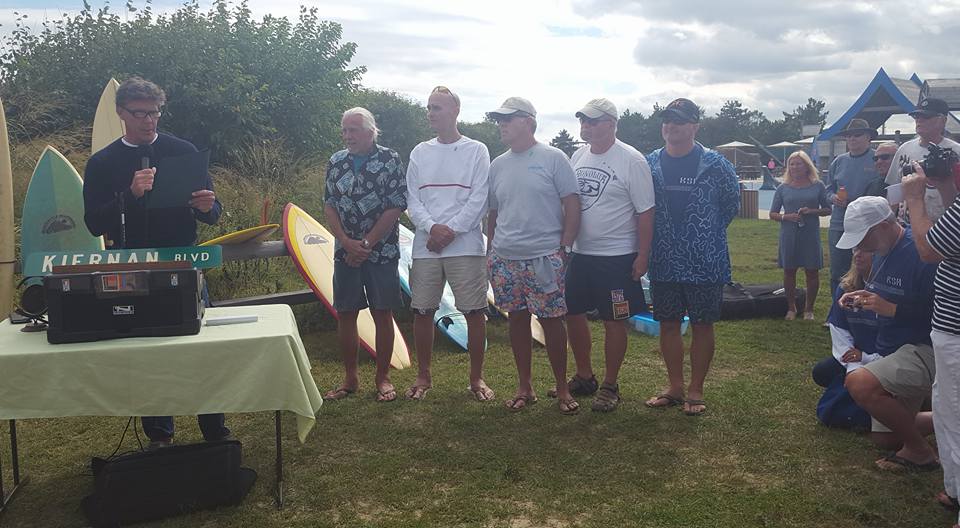 The plaque's iconic picture was taken by Greg Brower in August 1969 when he was 15 years old. The subject in the photo is the late Jimmy Jeffries as he stood facing the ocean holding a longboard.

"I happened to get that shot. It was either one or two frames. It wasn't a lot because back then film cost a lot. Every frame counted," said Bower. 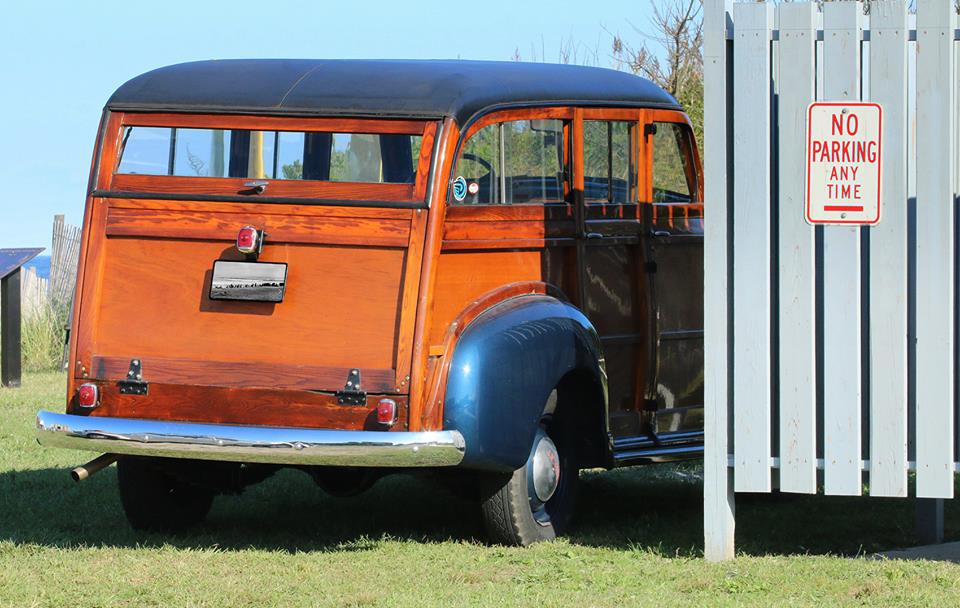 A classic surf Chevrolet Woodie at the 50th reunion of the Kiernan Surfing Association.

cbksurf4 cbksurf6@outlook.com
© 2015 All rights reserved.
Create a free websiteWebnode
This website was built with Webnode
You can also have an impressive website for free!
Try it out